The function of the footing is not only to distribute vertical loads from the building to the foundation, but to ensure that the building superstructure performs satisfactorily, particularly when it is on a foundation subject to movement due to moisture changes (reactive clay sites), settlement, etc. The most common movements arise as a result of moisture changes in reactive clay soils. As clay soils become wet, they swell or increase in volume, and as they dry out, they shrink. This is why cracks appear in clay soils during periods of prolonged dry weather. The more reactive the clay or the deeper the soil is affected, the larger will be the surface movement.

Constructing a concrete slab on the ground is like covering the ground with an impermeable membrane. Any moisture rising beneath the slab can no longer evaporate from the surface. The soil in the centre of the slab will therefore remain damp and the moisture content may even increase and, if reactive, will swell. However, around the edges of the slab, moisture will be able to evaporate during dry periods and permeate back under the slab during wet periods. Thus the edges of the slab will be subject to periods of heave and periods of loss of support when the slab has to cantilever out from the centre mound. It is important to determine how reactive a site is, and to what depth the soil will be affected. The amount of movement to be designed for can then be determined, and thus a footing provided that will adequately support the building superstructure and limit the movement that the superstructure has to accommodate.

It is important to understand that AS 2870 is not intended to provide damage- or crack-free performance of superstructures. Footing systems designed, detailed and constructed in accordance with AS 2870 are not intended to prevent cracking of the walls constructed on them due to possible foundation movement, but merely to limit cracks to a generally acceptable width and number, and at an acceptable cost.

My house was experiencing major movement and I was referred to mcs engineers through a friend. They came in and did the job promptly. 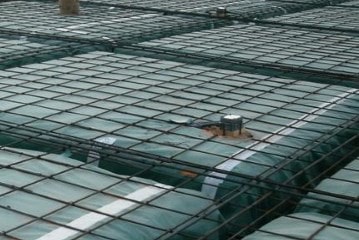